A TALE OF TWO COUNTRIES

European Court of Human Rights: Filing As An American

TIGHTER DEADLINES FOR APPEALING TO THE COURT OF HUMAN RIGHTS

A TALE OF TWO COUNTRIES 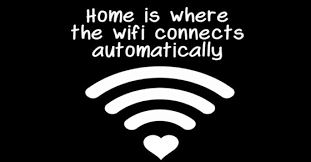 An abstract from the CASE LAW OF THE EUROPEAN COURT OF JUSTICE 21.11.2021 JUDGMENT OF THE COURT (Third Chamber)

“Jurisdiction to hear a divorce application: the Court clarifies the meaning and scope of the concept of the habitual residence of a spouse

That concept implies that a spouse, even if he or she divides his or her time between two Member States, can have only one habitual residence

IB, a French national, and FA, an Irish national, were married in Ireland in 1994. They had three children, who are now adults. In 2018, IB filed an application for divorce before the tribunal de grande instance de Paris (Regional Court, Paris, France). That court declared that it lacked territorial jurisdiction to rule on the divorce and IB subsequently lodged an appeal before the cour d’appel de Paris (Court of Appeal, Paris, France). The latter is asked to assess the jurisdiction of the tribunal de grande instance de Paris (Regional Court, Paris) with regard to IB’s habitual residence, in accordance with the Brussels IIa Regulation. In that respect, it notes, inter alia, that there are numerous circumstances indicating IB’s personal and family ties with Ireland, where he lived since 1999 with his wife and children. However, it also points out that, for several years, IB returned every week to France, where he established the centre of his professional interests. Accordingly, the referring court considered that Mr IB had in fact two residences, one for the weeks when he was in Paris for professional reasons and the other, with his wife and children in Ireland, for the rest of the time.

In those circumstances, the cour d’appel de Paris (Court of Appeal, Paris) decided to refer the matter to the Court of Justice in order to determine which courts have jurisdiction to rule on the divorce of IB and FA, pursuant to Article 3(1)(a) of the Brussels IIa Regulation. In particular, it asks the Court whether a spouse who divides his or her time between two Member States may have his or her habitual residence in both Member States, with the result that the courts of both Member States have jurisdiction to rule on the divorce.

In its judgment, the Court clarifies the concept of the ‘habitual residence’ of a spouse and holds that, even if a spouse divides his or her time between two Member States, he or she may have only one habitual residence within the meaning of Article 3(1)(a) of the Brussels IIa Regulation.”

Marco Calabrese is an International Family Law Attorney and Collaborative Law Attorney shortlisted by the US and UK Embassies in Rome, Contributor of the World Bank Publications for Gender Equality. Owner of the Family Law Italy, a boutique law firm, located in Rome, Italy.